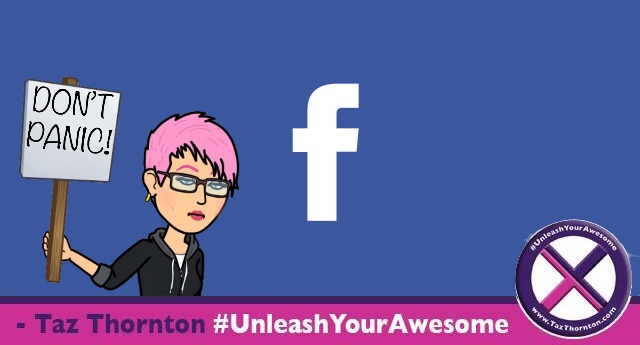 Read on… and if you know someone with a Facebook business page, please share this post with them, right now, so we can nip mass hysteria in the proverbial.

Way back in 2016 Facebook announced that it would be changing the way its metrics system measured reach.

Up to now, if your post organically ends up in someone’s newsfeed, it counts as reach. They don’t need to have it on their screen or be poring over your words for it to count.

It’s different for advertising. Your post actually needs to be on someone’s screen, right in front of their eyeballs, for it to count as reach.

To be more accurate with its figures, Facebook announced all that time ago that it would be addressing the whole ‘reach’ metric to bring organic reach more in line with advertising reach.

This means, in order to count as ‘reach’, your post needs to do more than hit the feeds… it actually needs to be on someone’s screen.

It doesn’t mean it’s actually being seen less… it’s just a change in the way Facebook’s metric system is calculating the numbers.

It’s entirely likely that people who haven’t read this will assume the drop in numbers is connected to Facebook’s recent friends and family update, which started to prioritise posts people were actually interested in (you know, the stuff real people are engaging with) above page posts.

Without doubt, this will have affected numbers, but tomorrow’s sudden dip isn’t because of that. It’s just a different way of counting. Okay?

Facebook pages aren’t dead. I reckon the friends and family change is actually a good thing.

I’m all about visibility, and I’d much rather you were really being seen and getting numbers to reflect reality. That way, you can adjust accordingly and get seen even more.

As you were, Tazfans, as you were.

PS: want the word on the street directly from Facebook? Here’s a link to their blog (which includes a link to the original update too).